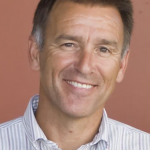 Dr. Ian Pike was awarded the 2020 Award for Research from the Canadian Drowning Prevention Coalition for his social marketing campaign aimed at recreational boaters in BC.

The Canadian Drowning Prevention Coalition was formed in response to the call to action from the World Health Organization’s 2014 report. Drowning is a multisectoral issue that requires partnership among all stake holders. The purpose of the Coalition is to establish and implement a long-term multis ectoral plan to reduce drowning in Canada. Drowning threatens all populations, but the risks parallel many social determinants of health, disproportionally affecting Indigenous peoples, new immigrants, the elderly, and rural populations. Fatal and non-fatal drowning incidents impact not only the individual, but families and entire communities.

Congratulations to Dr. Pike and his team!