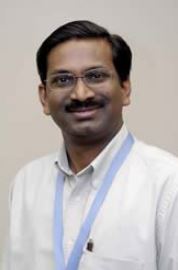 Dr. Shivananda’s interests lie in knowledge translation, integration of technology, and quality improvement. His focus has been in designing, implementing, and evaluating QI programs. He is also the site investigator for the Canadian Neonatal Network’s – Evidence based Practice for Improving Quality. He co-chairs the Neonatal Leadership and Quality and Safety Improvement committees. He also serves as the EPIQ workshop lead facilitator.